There are currently 7 players online. 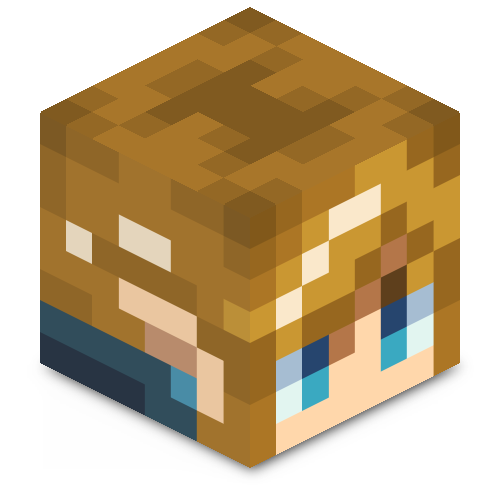 In-game name: S9ipey Type of ban (perm/temp): Permanent Time and date of ban: ~3:00PM on March 28th, 2021 Staff member who banned you: CelestialCat98 Ban reason: “You don’t have the right to tell staff what they can and can’t do, being generally argumentative.” Ban time remaining (if temp): No time, permanent. Context: I got banned because I was arguing with a staff member about the characteristics of grief that they did on our base. I explained my point of view that partaking in fraction activities such as griefing and stealing against us, while their base was in a free zone is cheating. This is true, it is a rule that you must disband factions if you are in a safe zone. I also voiced my concern with staff-related powers in fractions activities, which is another part of my ban. Why I think I should be unbanned: The faction's game modes are gone, so I should be unbanned because the issue that has caused this and others is gone for being overall problematic. My arguing mainly came to a point of disagreement with CelestialCat98, I was not disagreeing with the mod team and I was giving my opinion on why I thought she was playing unfairly. My concerns with the safe zone problem and moderator permission abilities were proven valid, as partaking in faction actions while being in a safe zone are against the rules.

The Jobs plugin in game is very good and is perfect at providing the money to players to start up an economy, but I feel like it could be improved upon. Many jobs commands in the /jobs help list are unused or do not work, which is a shame and I feel like adding or implementing content into them would be really fun and would break the somewhat monotonous and repetitive  aspect that the Jobs plugin has.

Jobs Shop: The /Jobs shop command is listed in /jobs help but does not work, as I assume it has no content inside of it. If I remember correctly from previous TLC iterations, the Jobs Shop supplied items that were linked to the job in some way, and that you could buy more items as  you increased in level. I think it would be cool if we returned that aspect, where as you level up in a job you get access to new items that you can buy that will help you with your job, here is an example:

This is just an example of what I think would be cool, a shop that’s variety increases as you level up. We do not need complex items or prices, a simple iron shovel is a good example of something that would help an excavator in the Jobs shop. But adding something like the haste potion (which does not exist in Vanilla Minecraft), would be a cool way to differentiate the shops and provide some worthwhile items that you can only obtain through Jobs Shop.

Jobs Quest: The /jobs quests command is listed in /jobs help but does not work, as I assume it has no content inside of it. I do not remember anything about this aspect of Jobs from previous TLC iterations, but it could work one of two ways.

One: You obtain 2-3 quests every day or week. When each quest is completed, you can either gain a small amount of money or obtain a small increase in pay for doing a job. As mentioned, these quests would reset or change every week or day and you can do them again to get the rewards.

Two: There are a large number of quests that you can do at any time and do not reset, and the difficulty of these quests reward a higher sum of money. We can either do it so you can do multiple quests at once, like quest 10 and 3 at the same time. Another way we could implement this is by doing a “Leveling” system, so once you complete quest one you can partake in quest two, and after that you can do quest, and so on. These can all give you a reward that slowly gets better, or they can all lead up to one big reward at the end.

I believe quests should just be simple challenges or tasks that involve the topic at hand, but are specific and may require you to travel to complete them. A possible example would be a quest for the Hunter job that makes them go out and kill ten Husks. It is also a possibility that we could add more jobs as well, such as a Lumberjack job that breaks wood, or a Economist job that involves trading with villagers, but these jobs ideas are more or less unimportant compared to the others.

This post was created to introduce the idea of reimplementing or adding features into the job commands. But it is understandable if these never get added due to the sheer length of these ideas and possible trouble with handling the Jobs Plugin, but I thought these ideas would be cool.

It is sort of a pain that only one dragon egg drops, especially when you take in account the fact that obtaining the dragon egg is an achievement. A single egg drop does not work well in multiplayer servers like TLC. The only option for TLC players to get this achievement is by stealing it if the person who owns it does not frequent the server. This is why I believe that we should implement a way that either spawns new dragon eggs, or implements a new way to obtain dragon eggs. I believe that these ways should be simple, yet difficult. Here are some examples that I think would be good at providing eggs in the server

Repeating Egg Spawn: This is probably the most straight forward idea on how we could introduce more dragon eggs. The dragon egg would spawn after you kill the dragon, even after the first time.

Repeating Egg Spawn (Percentage Change): Like the previous idea but there is only a certain percentage that the dragon egg will appear. This percentage should be not too low so it is not a coin flip, but not too high that would warrant a high number of grinding and attempts. I do not think this would be the best way, but is a good way of keeping the rarity of the first dragon egg consistent.

Voting: This is fairly obvious, the dragon egg would be a reward for voting players in the vote shop. I think that it should take a long period of time to take the egg, as this would bring in more votes, and it would increase the difficulty since voting is a fairly easy task. I think that the dragon egg should cost around 500-1000 vote points if this was implemented, meaning the process of getting it would take around 50 to 100 days at minimum.

Mob Arena: The dragon egg would have an x percentage drop rate on x level on any or specific mob arena maps, but I would prefer that it would be on all of them. I think that the rarity should be 33%, and it would drop on level 100.

Rank: The dragon egg would be received after you reach a certain rank, most likely Emerald or Diamond. This would definitely keep the rarity of the dragon egg present, as you only obtain this once when you rank up, and it requires you to play on the server regularly in order to obtain this. If this were implemented I would like to see it be a reward for Diamond rank, as that is the final “normal” obtainable rank, and would be a great way to finish off the ranking system.